I am the Holy Mother

Of the Divine Child

Of race or religion

I am Earth Mother

Nourish those you love

Hundreds of Black Madonnas are found all over Europe and Latin America, as well as , and the . They attract huge numbers of pilgrims such as the Black Madonna of Czestochovia and Monteserrat. Many are dated between the 12th and 15th centuries but their origin is far older. Often Christian cathedrals and churches were built over pagan worship sites and it is believed that the Black Madonna is equated with Earth Goddesses. One theory is that the Black Madonna and child is a Christian version of Isis and Horus. 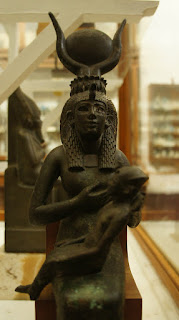