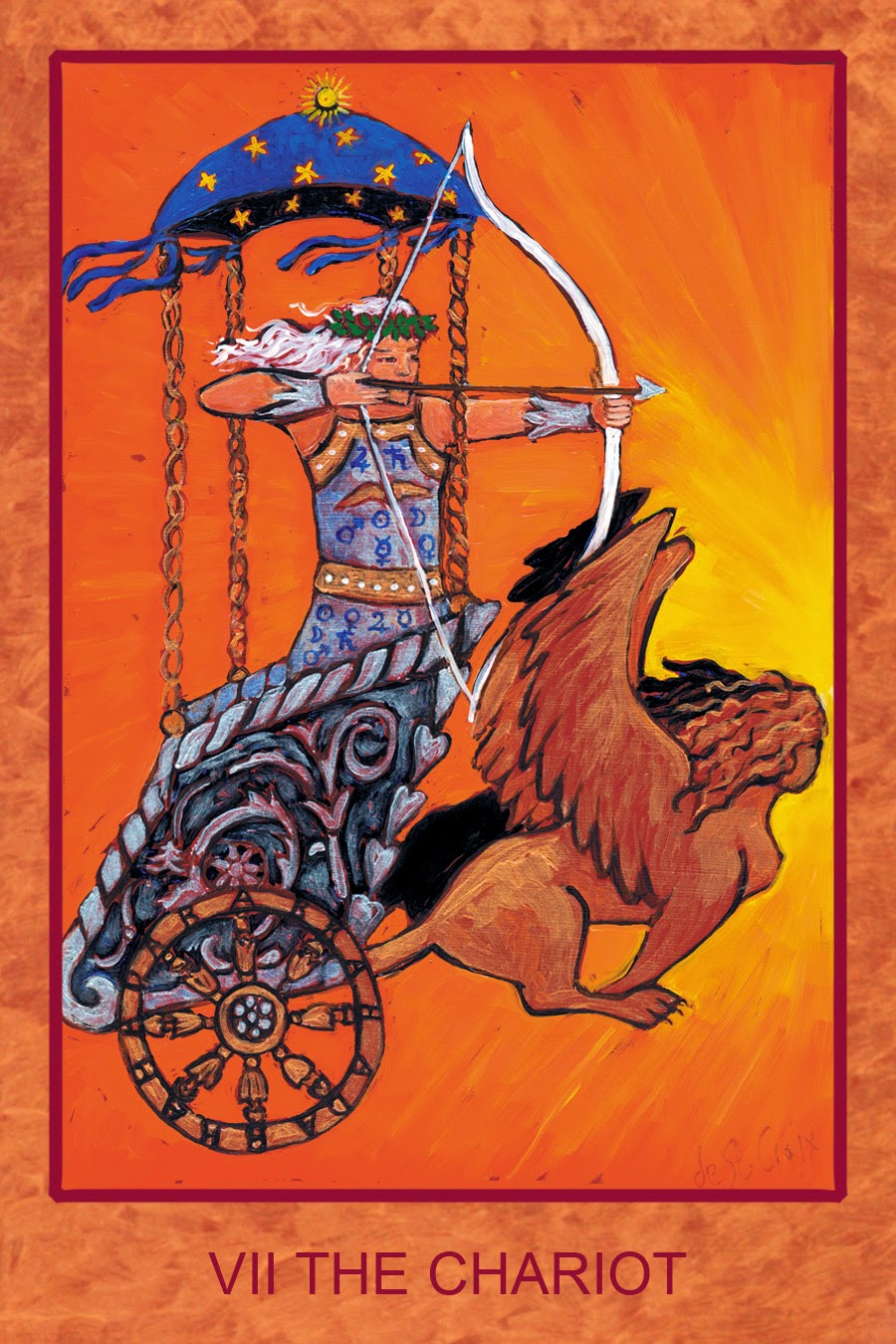 The Chariot is a card of movement and victory. The vehicle is a symbol for both a journey of self discovery as well as worldly ambition.

The arrow points the way as the Charioteer sets his sight on the goal. His victory wreath tells us he will succeed. His breast plate adorned with alchemical symbols and the ancient magical word abrahadabra which spins around on the wheel indicate that he has harnessed the power of alchemy. At the center of the wheel is a sacred geometry formula: the seven smaller circles have a diameter exactly a third of the larger circle. The Chariot is held up by a heavenly canopy with seven stars suggesting that the powers that be are with him. The sphinx and her shadow lead the way through the mystical realms to a golden future.

Meaning: You are well on the way to achieving your ambition; keep up momentum and remain balanced between the polarities. The forces are with you.
Posted by Lisa de St. Croix